I got around to installing the console and my RetroSound radio.  It took a bit of finagling and adjusting before I was satisfied with how the radio fit.  But the knobs fit where they are supposed to and don’t rattle.  When I first installed them they fit loose and wobbled a lot.  I used the rubber sleeves that the radio comes with along with a couple of washers to get everything to fit and line up nicely.  I think it came out fairly well.  Here are a couple of pictures of the finished product. 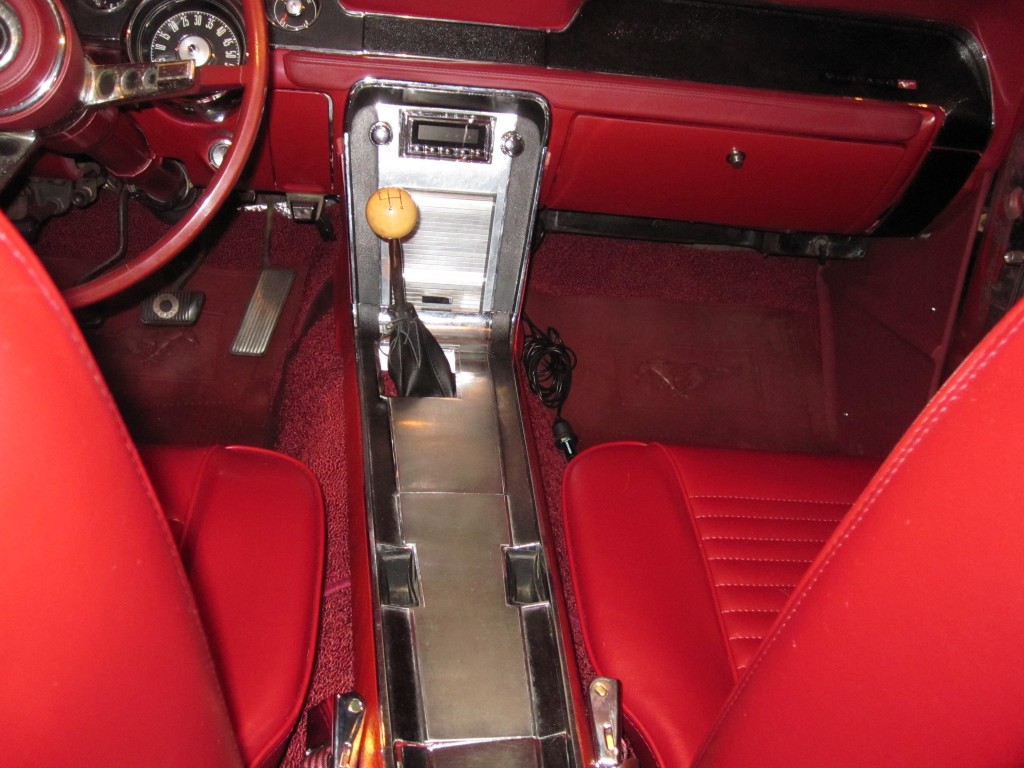 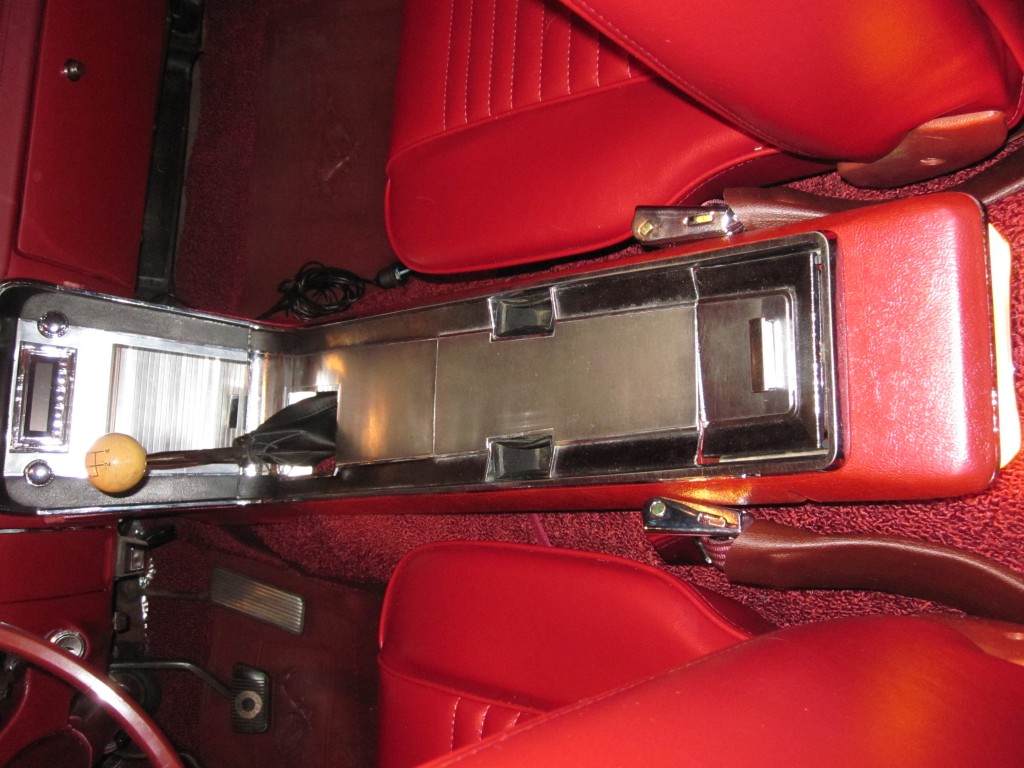 I believe I had mentioned in a previous post that I had a deluxe steering wheel to install on the car.  I attempted to install it, but the center pad didn’t fit correctly so I reinstalled the old wheel.  Today I did some additional research, along with posting to a popular vintage Mustang forum with a lot of very knowledgeable people.  I learned two things.  The first is that the deluxe wheel center pad was different from the standard wheel center pad.  I wasn’t able to find any pictures illustrating the differences, but I was led to believe that it was a slightly different shape and that the standard pad might even be better looking.  I did some searching of the Web and found a number of pictures of a standard pad.  All of the pictures I found showed a hole in the back of the pad to accommodate the steering shaft protruding up into the back of the pad.  This is exactly where my interference was.  The center pad I have did not have a hole in the middle so the pad wouldn’t fit over the shaft.  With the standard wheel this wasn’t an issue.  It looks like I just need to make a hole in the pad and everything will fit OK.  I have no explanation why my pad has no hole.  The pictures I found online show a hole that sometimes looks very clean and on some pads the hole looks like it was added much later.

Here are pictures of my pad. 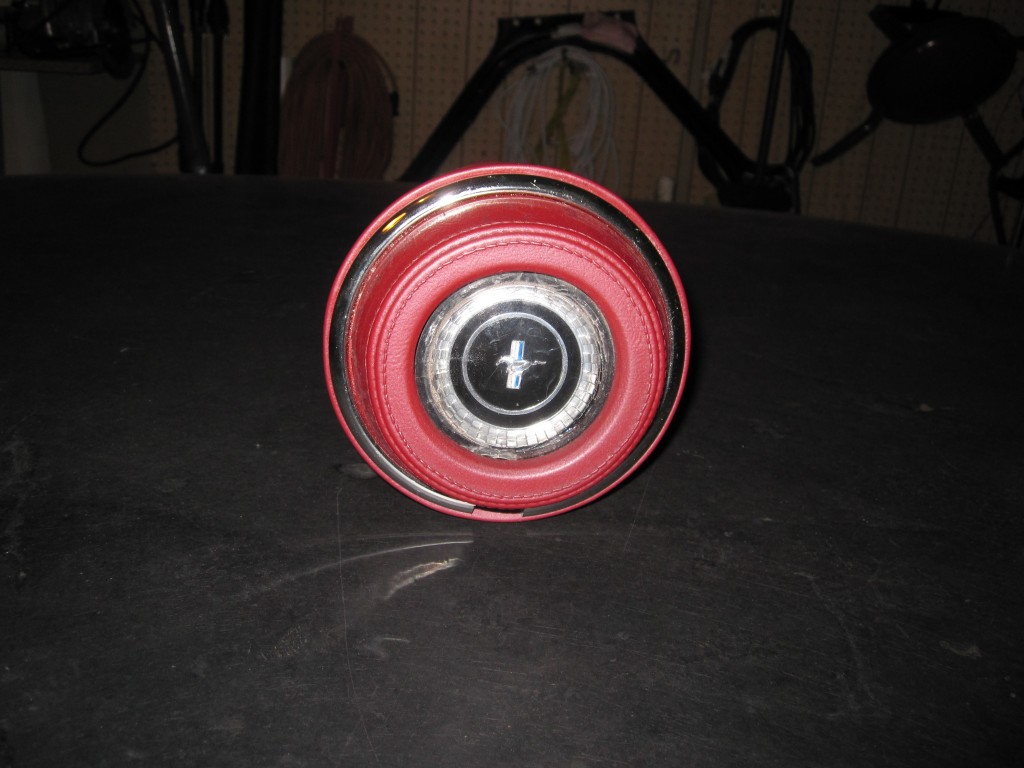 Here are some pictures I found on the Internet of pads with holes. 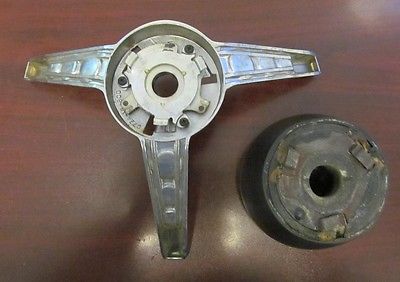 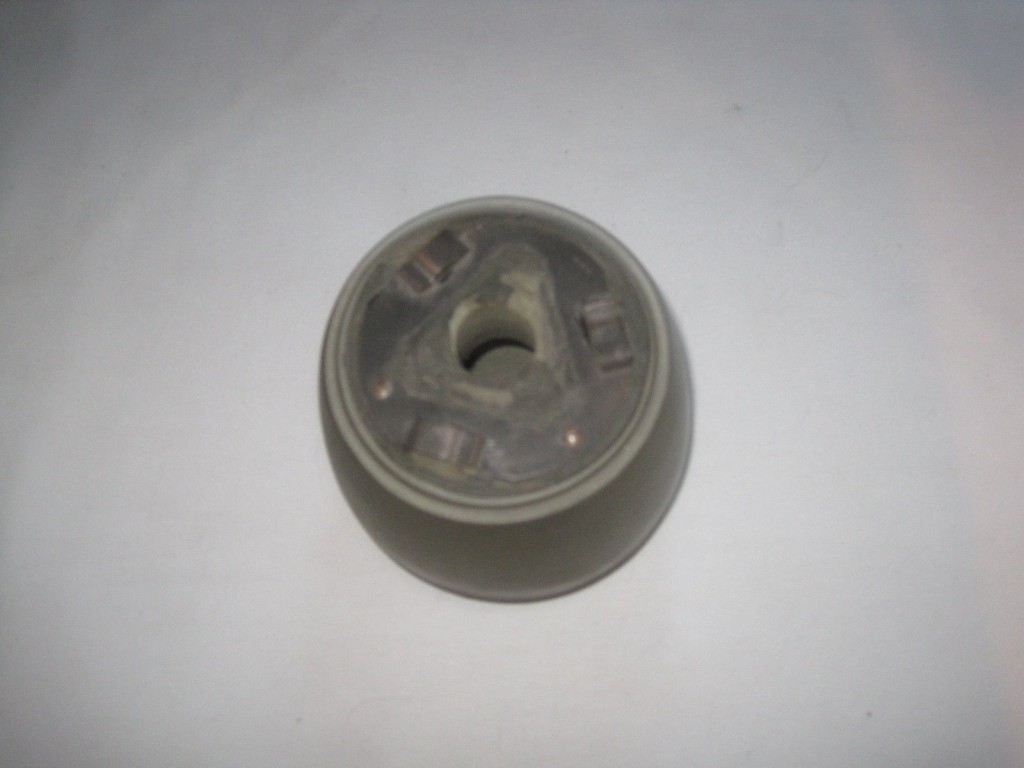 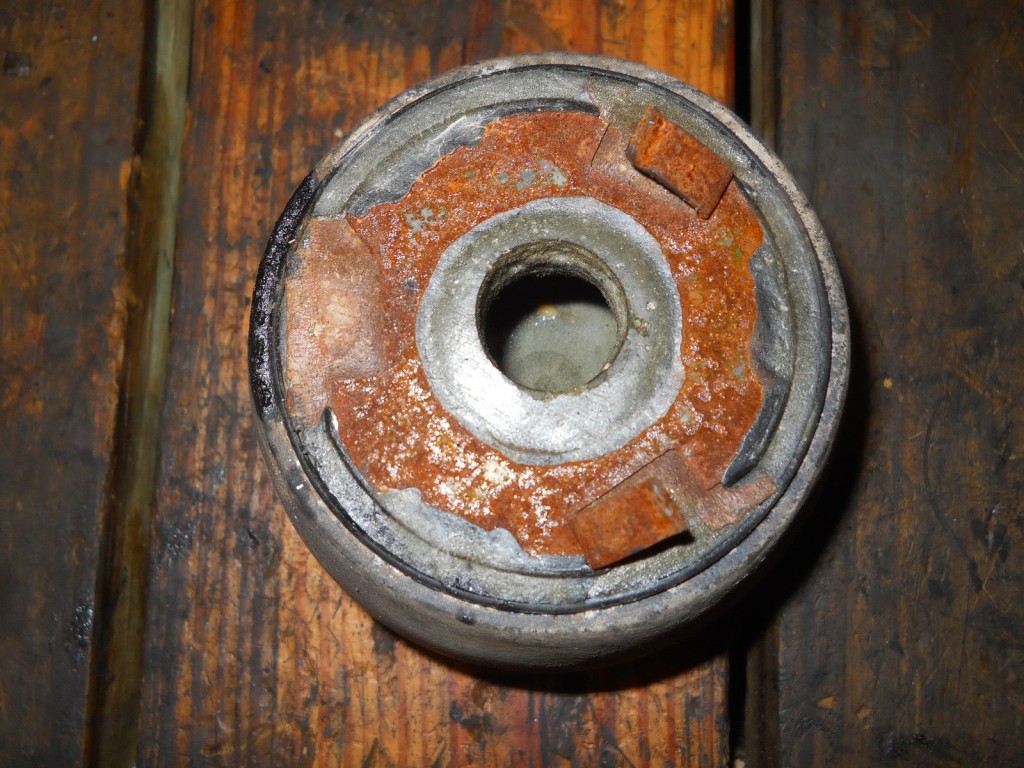 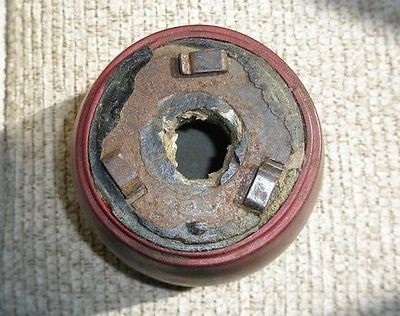 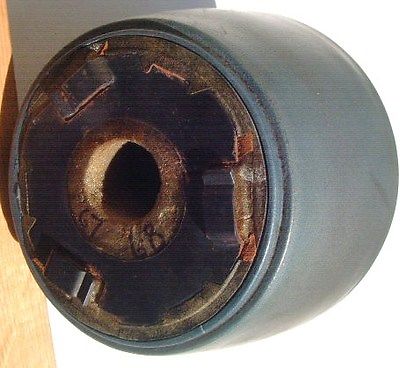 Sometime in the next few days I plan to remove the old wheel, install the deluxe wheel, and hollow out the pad so that I can install it.  I’ll post a few pictures after I get it done.