Once again I’ve been lax in keeping up with the updates.  I also need to get out and take some more pictures.  For now I’ll prepare this post and add some pictures when I get a chance.

Over the past few days I’ve mostly been taking care of some little things that needed finishing up.  I installed some more of the AcoustiShield in the rear seating area and trunk.  I did some work on my deluxe steering wheel, but I’m not satisfied that I have it right yet so I reinstalled the old steering wheel and horn ring.  I installed the inside door locks pulls and grommets, the door sill plate emblems, and put a rubber cover on the bright switch.

I pulled my old console out of storage in preparation to recondition it and install it along with the radio.  Unfortunately the base was too badly cracked and broken to be serviceable.  A reproduction console is available, but nobody sells just the base.  I don’t want to purchase the entire console as it costs just over $1000.  I’m still searching for a decent used console.  I originally planned to purchase any used parts from a business called Pony Express.  I know they had several consoles available.  Unfortunately the owner passed away several weeks ago and nobody else knows what he has, where he has it stored, or how much it is worth.  So my hunt for a used console base continues.

Another decision I had pending was what to do with my seat belts.  The car originally came with deluxe seat belts when it was new.  I still have the original seat belts but they are not in great condition.  One option would be to have a service recondition them.  There are several businesses that specialize in this type of restoration.  The other option was to replace them.  I decided to install a set of 3 point retractable seat belts in the front.  They don’t appear original but I feel much more secure with them.

I spent several days researching the aftermarket seat belts and reading some articles on Vintage Mustang Forums detailing installs performed by other Mustang owners.  In the end I decided to install the top anchor point at the roof line with a sash to extend the belt down so that it didn’t come across my neck.  I also found a way to share the bottom anchor point between the re-tractor and the front of the seat belt.  Sharing the anchor point required a special end on the front anchor point.  I found a vendor, Wesco Performance that sold the seat belts, the upper mount I wanted to use, and the special end on the seat belt.  They have an online ordering system, but it didn’t permit me to specify everything the way I wanted.  So I called their customer service line to place the order.

I was first greeted by a woman who said I would have to use the online ordering system.  When I told her I had already attempted to do so but wasn’t able to specify everything the way I wanted she wouldn’t believe me and made me prove it by telling her what model number the online system had recommended to me.  She acted a bit surprised when I rattled off the part number and repeated my problem.  She decided it must be an installation issue and handed me over to Dawn to assist me.  Dawn was even less help.  Even though I was able to give her page numbers from the manual discussing the option I wanted she said I didn’t need it and that all their seat belts shared the anchor mounting point with the re-tractor.  The instructions didn’t agree with what she was telling me but she was adamant that I would be able to share the mounting point.  So I went back to the online ordering system and ordered the seat belts.

No big surprise, but when the seat belts arrived a few days later they didn’t have the end I needed and couldn’t be installed using a shared mounting point.  I was prepared for this and knew I could install them using separate mounting points for the front anchor and the re-tractor.  I was just a bit irritated with the customer service (or complete lack thereof) from Wesco Performance.  The seat belts actually shipped from Seat Belt Solutions in Jupiter Florida, so I would recommend purchasing them direct and bypassing the inept middle man.

The actual install went fairly smooth.  I used an existing hole for the upper mounting plate.  It took a bit of fishing and finagling but I was able to mount the plates fairly easily.  I had to drill holes in the floor for the two re-tractors.  Everything else installed at the factory mounting points.  The color of the belts matches my interior fairly well.  And best of all, the access to the rear seat isn’t blocked as badly as I thought it would be.  That was the reason for my wanting to share a mounting point, as I thought the upside down V made by the webbing would impede access to the rear seat.

I’ll take some pictures tomorrow when I install the rear quarter trim panels and rear seat.  I still have to decide how I want to proceed with the rear seat belts.  But for now I need to keep moving forward.

Update: Here are a few pictures I snapped of the seat belts and interior this morning. 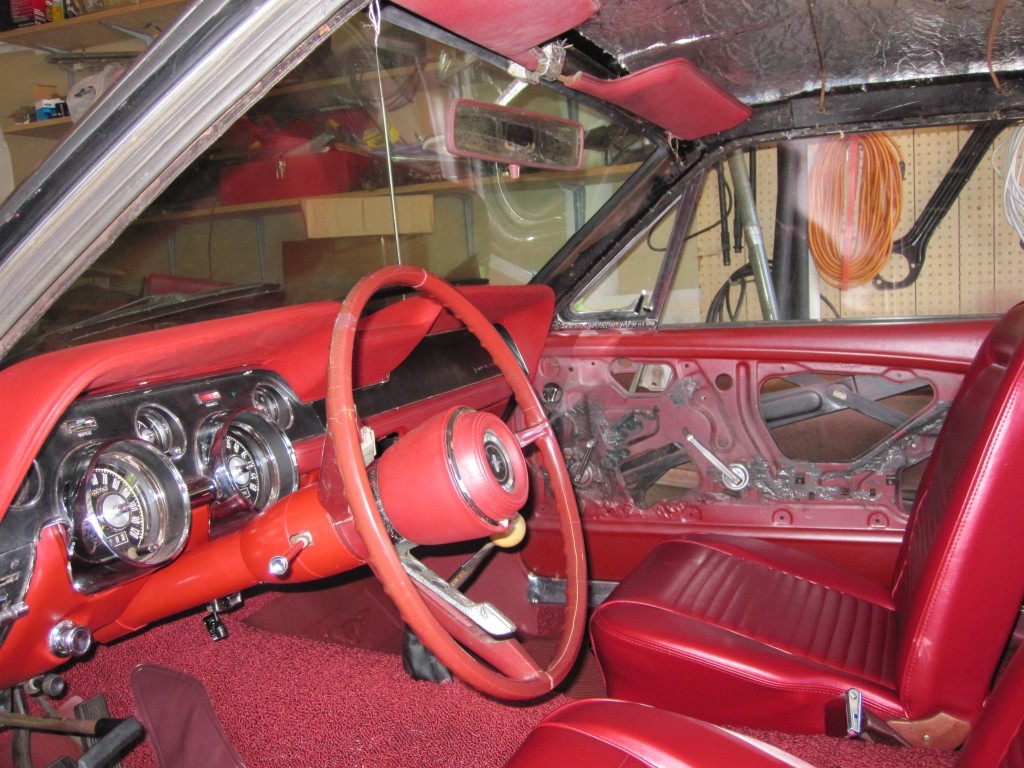 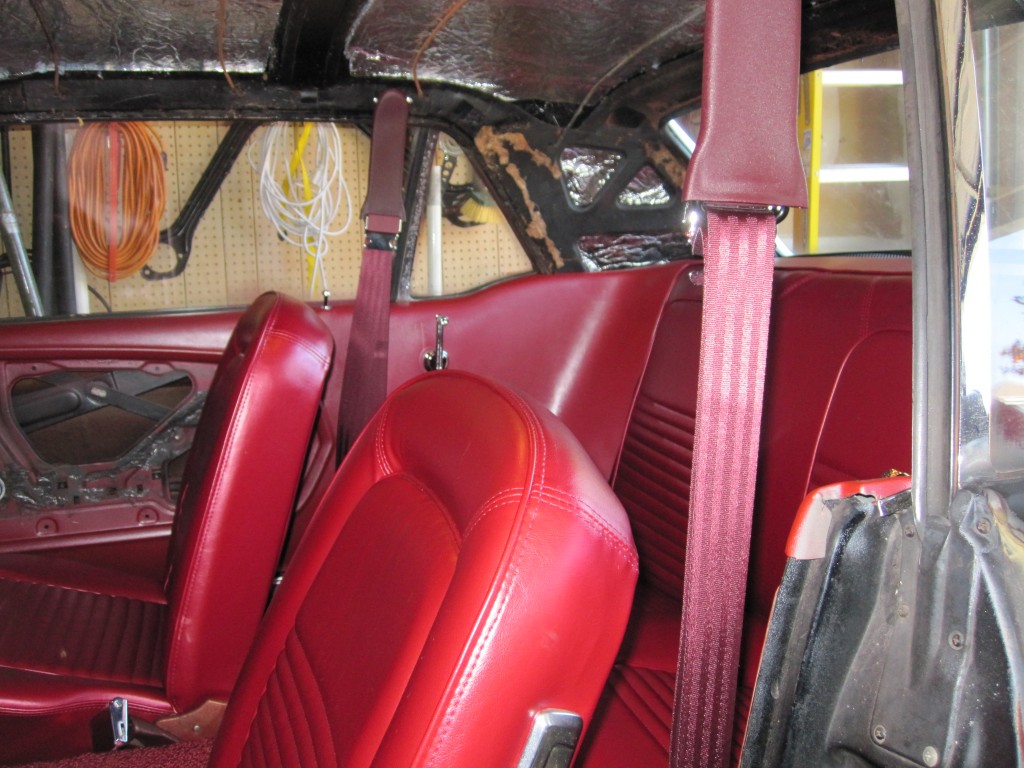 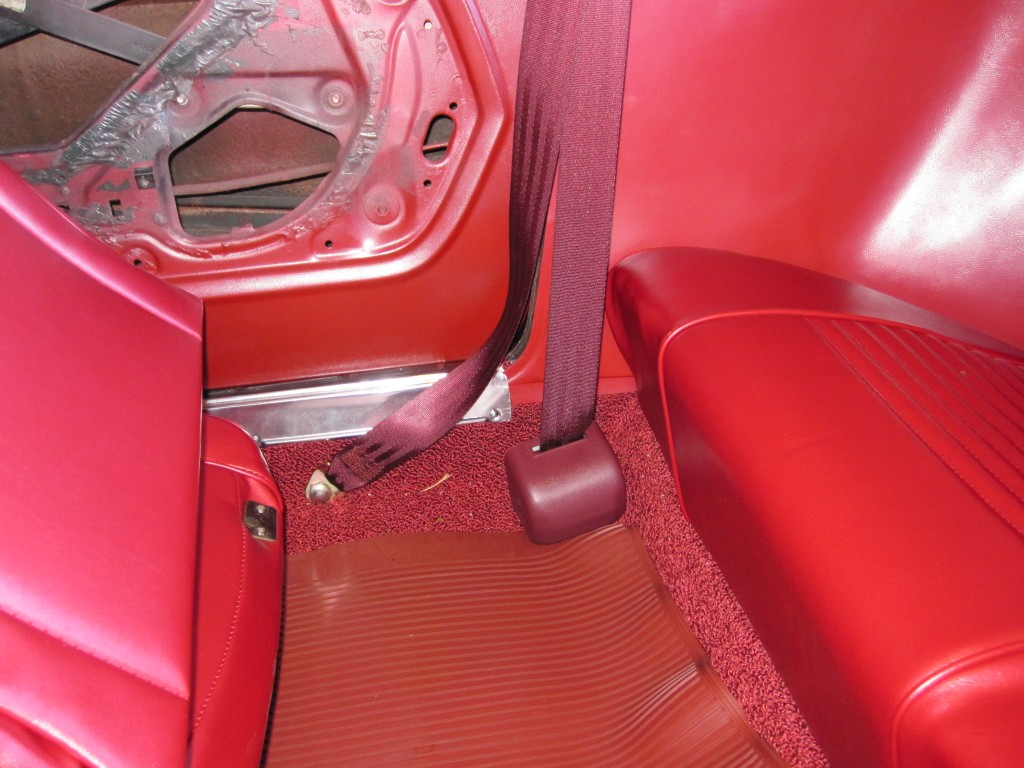 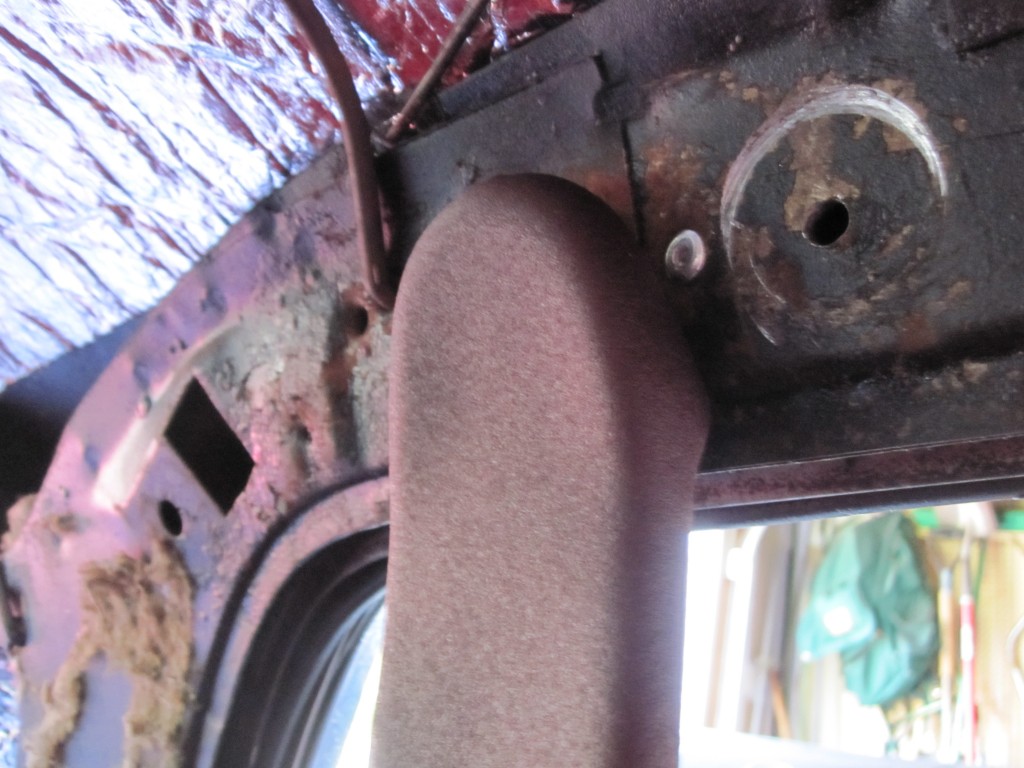