While waiting on parts for the interior I’ve been polishing and painting the wheels for my car.  The wheels I have are the original styled steel wheels that came on the car when it was new.  The chrome on them is not in the greatest shape but is serviceable.  The trim rings were in pretty good shape as I replaced them with new Ford trim rings back in the 1980’s and kept them away from curbs since then.  I have a new set of reproduction center caps from Scott Drake.  The best thing about these reproductions are that they attach with screws rather than being a press fit.  I lost more than one set of original Ford center caps because they always came loose and flew off while I was driving.  These center caps should stay nice and tight.

The part of the wheels that needed the most work is the painted portions between the spokes.  They are supposed to be painted charcoal grey, but mine were black on the parts that were still painted.  The rest was pretty well chipped or the paint had flaked off.  I had a can of self etching primer and another can of the correct charcoal paint so I went to work on the wheels one at a time.

I used aircraft stripper to remove the old black paint.  It took several attempts and a lot of scrubbing with steel wool and mineral spirits to get the paint off.  Then I spent a considerable amount of time taping up the wheels.  Expect to spend an hour or two per wheel, depending on how exact you want to be.  I did my best but some of the taping could have definitely been better.  Then comes a couple of coats of the self etching primer, followed by a couple of coats of the charcoal grey paint.  After painting I installed the trim rings, center caps, and reinstalled using a new set of lug nuts.

Here a quick picture I took of one of the finished wheels.  This was the first one I attempted.  I got better as I went along. 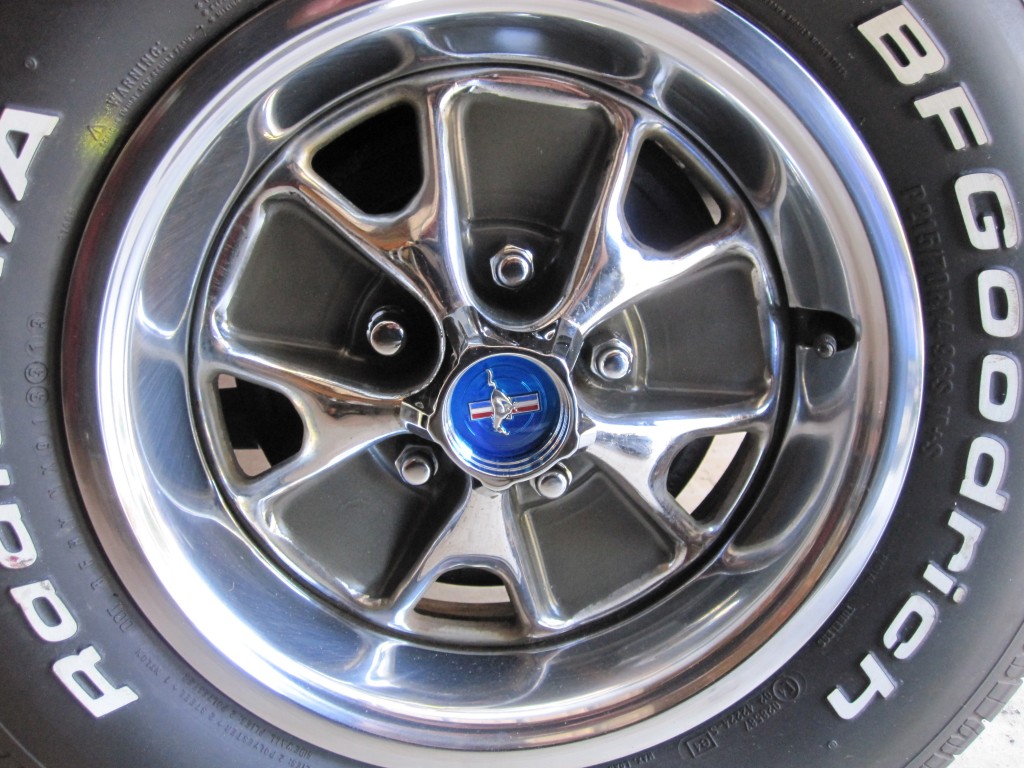